From West Yorkshire and surrounding post codes Hellbound Hearts arrived and made an immediate impact on the local music scene. With a string of high profile headline and support shows they could soon claim a growing fan base of music lovers and industry professionals.

With the continued support and momentum brought by touring it was not long before Hellbound Hearts began to find themselves on larger bills up and down the country including high positions at the Hard Rock Hell and Wildfire festival programs.

Following on from the successes of their two EP's 'Outside' and 'The Proximity Effect' Hellbound Hearts released their debut album 'Film Noir' in the first quarter of 2017, winning plaudits from national music press and intriguing fans with a new brand of hard rock. You won’t be able to listen without wondering what they are going to do next! 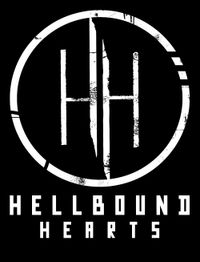